But at a time when Bangladesh was emerging as an advocate for oppressed nations, his foes assassinated him on Aug. 15, 1975. My mother and three brothers were also killed. Even my younger brother Sheikh Russel, who was then nine, was not spared. The only survivors were my younger sister Sheikh Rehana and myself; we were on a trip to Germany. Consequently, the political ideals for which Bangladesh sacrificed three million of her finest sons and daughters were trampled, and Bangladesh became a puppet in the hands of imperialism and autocracy. By assassinating Sheikh Mujibur Rahman, the conspirators wanted to stop the country’s march to freedom, democracy, peace and development. The process of law and justice were not permitted to take their course; human rights were violated. It is, therefore, the solemn responsibility of freedom- and peace-loving people to help ensure the trial of the plotters and killers of this great leader, my father. 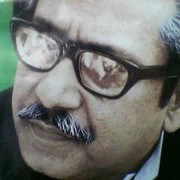 Life of the Greatest Poet of Politics
Scroll to top