Tag Archive for: tribute to ‘Bangabandhu’ 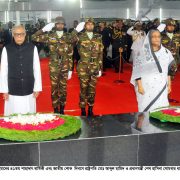