Tag Archive for: Leonid Vladimirovich Shebarshin the then KGB resident in India 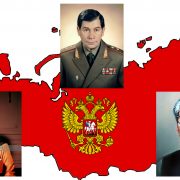 Indira Gandhi perhaps swiftly suspected Chinese involvement, not CIA, in the 1975 Bangladesh coup which led to the tragic death of the Father of the Nation Sheikh Mujibur Rahman along with his family members. Leonid Vladimirovich Shebarshin the then KGB resident in India indicated as such in his book, ‘The Hand of Moscow: The notes of the chief of Soviet intelligence.’ Apart from the ‘Chinese’ factor, his narratives and attitude call for fresh scrutiny to understand the ongoing debate on foreign elements in the fateful events of 1975.

Shebarshin, who was later promoted as KGB Chief (1989-91) under Mikhail Gorbachev, unpredictably commented that “I should say, that such events cannot be easily forecasted…. How could one forecast that a young Major, who was offended at someone’s wedding, would not be nursing his insult, but would gather his friends and march to kill the “father of the nation” and proclaim an Islamic republic?’’

According to research by Prothom Alo, the “forecast’’ factor of the “such events”, as described by the ex KGB Chief, does not match the undisputed forecast given by the then RAW chief Mr Rameshwar Nath Kao. After his first meeting with Mujib in December 1974, he sent one of his senior RAW officers to Dhaka in March 1975 to brief further about a possible coup. Mujib was informed, Kao wrote in the Indian weekly Sunday (23-29 April 1989) that: “conspiracies against his life were being planned in two units of his army, namely the artillery and cavalry. Unfortunately, the Shiekh ignored all these warnings.”

The materials quoted here are from Shebarshin’s 1992 book and have been translated from Russian and provided to the Prothom Alo upon request by Dr Svetlana Chervonnaya, a Moscow based historian and researcher, who was personally acquainted with the ex KGB chief Shebarshin. She has a copy of the book with his inscription. In 1990s he approached her to ask if she had any opportunity to help him publish his book in the West. “To spill the beans, people of his background had to become defectors,” Ms Chervonnaya told this author on Sunday from Moscow through an e-mail.

Shebarshin was well-versed in Indian subcontinent politics and Sino-US relations as well. He was fluent in English, Urdu, Farsi and Hindu languages. He shot and “killed himself” with a pistol in 2012. The foreign powers at work in the shadows leading up to the coup are still being uncovered. Following the incident, most pro-Soviet news agencies worldwide reported it to have been backed by the CIA, an allegation constantly denied by the US. The US suspects that allegations of CIA’s involvement, as widely covered by the Indian press during the Emergency, may have been instigated by the Indira government.

When the visiting US senator Thomas Eagleton pointedly asked Mrs Gandhi on 21 August 1975: Do you believe that CIA was involved in Mujib’s murder? She has replied twice: we do not have such information. Now for the first time, after 41 years, the public domain has come to know of India’s apprehensive attitude concerning a possible Chinese involvement.

“I remember that on that day at the [Soviet] embassy we had a meeting of the party committee [‘partcom’]. As usual, we were discussing everything and nothing in particular…. In the morning, the officers [of KGB station] received their assignments, a request was sent to the Centre for information from Dhaka, I still remember the irritation I felt with this [party meeting] distraction from the real business.” It is also on record that RAW Chief Mr Kao, at the behest of Indira, met President Mujib to warn him about an impending coup. The President, however, paid no mind. The American papers also document their attempt at a warning although the details are yet to be unearthed.

A number of US declassified papers show US and Indian officials occasionally apprehending and talking about a possible coup or disorder in Bangladesh. Mr Shibershin wrote: “By 1975, relations between India and Bangladesh had aggravated. The earlier consensus had given way to suspicion, mutual reproaches and conflicts. At the dawn of 15 August, five officers of the Army of Bangladesh, leading an army squadron, burst into the palace of the President of Bangladesh, killing the “father of the nation” Mujibur Rahman, his relatives and the Prime Minister Mansur Ali. [Ali was actually killed in jail on 4 Novemeber.] Bangladesh was proclaimed to be an Islamic Republic. The events took India by surprise.”

However, the ex-KGB chief recalled in his memoirs: “Suddenly an officer on duty reports: there is a telephone call from the office of Prime Minister. One of Indira Gandhi’s assistants would like to see me at the office as soon as possible.” The national award winning soviet intelligence chief LV Shebershin has however brushed aside the possibility of any Chinese involvement in Bangladesh coup in his meeting with the Indians. Talking to the top aide of Ms Indira, “I said honestly that I have no grounds for such conclusion.”

Another of his narrations seem to indicate that he had no idea about the Bangladesh coup beforehand whereas it is a matter of great curiousity as to how the RAW Chief did not share this information with him. He was 27 when posted in Pakistan in 1964 and was rewarded for playing a pivotal role in the signing of the 1966 Tashkent pact. In early 1971, he was sent as a deputy KGB resident in India and during the Emergency (1975-77) he served as a KGB resident.

Leoned wrote: “I am quickly looking through the incoming information: nothing of substance, mostly wild guesses, deliberations and fears. I am going to the Office.” He did not reveal the identity of the caller he met that day but it may have been PN Dhar, the then principal secretary of the Prime Minister’s Office (PMO). Dhar acted as a close aid of Indira under PN Haksar in 1971 who soon replaced him and became head of the PMO. Initially the KGB resident was reluctant to rush to the PMO and discuss Bangladesh.

“I say that at the embassy there is a charge d’affaires ad interim (Ambassador VF Maltsev on leave), likely I have been invited through a misunderstanding; I am saying that I am ready to contact the charge d’affaires and have no doubt that he will arrive in half an hour.” Shibershin added further:

“The situation (in Dhaka) is interesting, but needs to be ascertained.” But he quickly decided to go when he was told by the caller that he has received “an instruction from the top (he had only one boss – Indira Gandhi) to meet with him”. He indicates that it was the PM herself saying “This is another thing, I think, – it is now clear.” LV Shebarshin wrote: “In the course of that first conversation I had nothing to satisfy the interest of the Indian.”

It may be recalled that in 1975 the Soviet leadership command in Moscow informed Communist Party of Bangladesh (CPB)’s top hierarchy there is no such proof that the CIA was instrumental in toppling Mujib. This proposition was still questioned by senior pro-Soviet leaders like Manjurul Ahsan Khan whether they (KGB) were competent enough to gather the correct intelligence. Ex-KGB agent Vasili Mitrokhin was reportedly given capital sentence in his absentia for his defection. He, with the clandestine help of Britain’s MI-5, brought the important documents into the UK and in 2005, of which the Cambridge historian Christopher Andrew, wrote “The Mitrokhin Archive II, The KGB and the World”. It confirmed that KGB in 1975 did harbor the belief of CIA’s involvement in the coup without any basis.

Lawrence Lifschultz, a distinguished US journalist, had in the beginning, possessed a similar belief that the CIA was not involved but has since then found strong evidence suggesting otherwise and has adjusted his position accordingly.

Christopher Andrew and Mitrokhine wrote in their book that in a newspaper interview after his retirement from the KGB, Shebershin spoke “nostalgically about the old days, about disinformation-forging documents, creating sensation for the press”. They have noted further that “the KGB claimed to have planted over seventy stories in the Indian press about CIA subversions. The Delhi main residency claimed that, thanks to campaign, Mrs Gandhi had raised the question of CIA operations in India during (October 1974) her talks with Kissinger.” The book claimed that Indira herself was convinced that the CIA was plotting her overthrow which she told Fidel Castro in 1973 at a banquet in Delhi. Indira also wrote a letter to the PM of Sri Lanka Sirimavo Bandaranaike about CIA plotting and she took it seriously and set up a committee to investigate.

By the summer of 1975, her suspicions of a vast conspiracy, aided and abetted by the CIA, had grown to ‘something close to paranoia.’ The Bangladesh coup, according to the said book, ‘further fuelled Mrs Gandhi’s conspiracy theories. Behind their murders she saw once again the hidden hand of the CIA.’

Farooq and Rashid, the two top plotters of the Mujib killing, met the US political counselor on 21 October 1975 in Dhaka and sought the supply of US arms to prevent possible Indian intervention in Bangladesh. The following day the then US Ambassador Boster sent a cable to the Washington where it was stated that the duo is not expecting “adequate support’’ from China or Pakistan to thwart the Indians.

Later (20 November, 1975) in Bangkok, when the killer group was awaiting American visas, Farook Rahman told the US political officer: China has demonstrated its military muscle in the borders to warn India. Interestingly, the Indian officials told Henry Kissinger in 1974 in Delhi that they have intercepted a West Pakistani code message which indicates that President Yahya Khan was expecting military help from the sea and northern borders of China. Kissinger quickly replied: “we were not there.” Upon return from his secret visit in China in July 1971, Kissinger wrote to Nixon: Chou think that “India was responsible for the present turmoil in East Pakistan.” Chou also “recalled the Chinese defeat of India in 1962 and hinted rather broadly that the same thing could happen again.”

Kissinger concluded: “the Chinese detestation of the Indians came through loud and clear. Conversely, China’s warm friendship for Pakistan a firm and reliable friend was made very plain. The lesson that Chou may have been trying to make here was that those who stand by China and keep their word will be treated in kind.” But no overt military support was provided to West Pakistan by them in 1971. However, Chinese PM Chou recognised Bangladesh immediate after the August coup and declared the establishment of a diplomatic mission in October.

Source : The Hand of Moscow: Notes of a Chief of the Soviet Intelligence Service & Prothom Alo