Exclusive Bangla Write-ups from 1971 and onward, All the credit goes to the freedom fighters of Bangladesh and the special freedom fighters who has fought with their remarkable write ups and make it live for next generations. Sometime in the later part of the 1950s, Bangabandhu Sheikh Mujibur Rahman, then a young, rising politician, threw a question at a rather drowsy Huseyn Shaheed Suhrawardy. Was it not possible, he asked Pakistan’s prime minister, for East Pakistan to become independent someday? The question startled Suhrawardy wide awake. In a state of disbelief, the prime minister (he was in office only a year) admonished Mujib. Do not ever entertain such thoughts, he told his protégé. Pakistan had been achieved at a huge cost and its unity needed to be preserved. Mujib murmured, almost muttered: “We’ll do our job when the time comes.”

It was this spontaneity resting on decisiveness that sustained Bangabandhu in his political career. The trajectory he followed was clearly defined. There was no grey region in his politics, nothing to suggest that, like so many others before or during his time, he was ready to do flip flops. Never a fence-sitter, his overriding goal was ensuring the welfare of his Bengalis. His enthusiasm for Pakistan, a state for whose creation he had struggled mightily in his youth as a follower of the All-India Muslim League, had clearly begun to wane within months of its emergence. And by the time Ayub Khan clamped martial law on the country in October 1958, Mujib did not have any illusions about the future. Bengalis, he knew, had to find their own way to salvation.

Bangabandhu’s thoughts were as robust as his persona. Arriving in Rawalpindi a couple of days after the withdrawal of the Agartala conspiracy case in February 1969, he was intrigued by the warmth in which he was welcomed in West Pakistan. He quipped, about himself: “Yesterday a traitor, today a hero.” It was in that heroic mould that he met Field Marshal Mohammad Ayub Khan, his tormentor for years. When the dictator, by then a lion in extreme senility, offered Mujib the prime ministership of Pakistan, the Bengali leader prudently spurned it. The back door was not for him. It was Bangladesh where his heart and mind lay embedded. Indeed, he took the first step toward restoring their land to the Bengalis when he told a memorial meeting on Suhrawardy’s death anniversary in December 1969 that East Pakistan would henceforth be known as Bangladesh. His reasoning was unassailable: if Sind, Punjab, Baluchistan and the North-West Frontier Province could keep their old names, why not Bangladesh?

There was the indomitable about Bangabandhu. The state was never able to make him bite the dust. He kept going to prison, coming out of it briefly and then going back in. Following his release in 1969, he publicly demanded that Ayub Khan take his “patwary” Monem Khan out of the governor’s office. During the election campaign in 1970, a time when almost every politician in both wings of Pakistan appeared to be directing their spears and arrows at the Awami League and its Six Points and spreading innuendo against Mujib, the Bengali leader told them in no uncertain terms: “If you can’t speak the truth, don’t tell a lie.” Indeed, lies he abhorred, so much so that when the Indian journalist Kuldip Nayar narrated to him in 1972 Bhutto’s version of the meeting between the two leaders after Pakistan’s battlefield defeat in December 1971, Mujib’s response was that Bhutto was a congenital liar.

Bangabandhu remembered faces and did not forget names. He and the late Indian journalist Nikhil Chakravartty knew each other in the 1940s. When partition came, they went their separate ways. In January 1972, however, Chakravartty was in Dhaka to cover Bangabandhu’s maiden news conference as Bangladesh’s prime minister. Chakravartty sat right at the end of the hall. Bangladesh’s leader walked into the hall, greeted everyone with his customary smile and suddenly spotted his old friend. They had not met after 1947, but the Father of the Nation had no difficulty recognising Chakravartty. Tui Nikhil na (aren’t you Nikhil)? He asked. Chakravartty was overwhelmed.

In 1973, a young parliamentarian was busy delivering a rousing speech on the national budget in the Jatiyo Sangsad. As he spoke, Bangabandhu entered the chamber and took his seat. His arrival prompted a sudden change, tonally and thematically, in the young lawmaker’s speech. He moved away from the budget and went headlong into a profusion of praise for Bangabandhu’s leadership. Mujib stared at him, but the lawmaker showed little sign of stopping. Finally, Bangabandhu intervened. Ebar thaam (finish it now). Like a punctured balloon, the young man sat down.

Sheikh Mujibur Rahman could be harsh when the times demanded firmness from him. When Saudi Arabia’s King Faisal griped that Bangladesh’s emergence had weakened Pakistan and indeed Islam, the Bengali leader asked him, with few of diplomatic niceties coming in, where Saudi Arabia had been when Islamic Pakistan’s soldiers went on a rampage raping tens of thousands of Bengali women and murdering Bengalis by the millions. That put Faisal in his place. In much the same way, when Nigeria’s Yakubu Gowon asked Bangabandhu if Pakistan could not have been a powerful Muslim state had Bangladesh not broken away, Mujib’s answer silenced him: “Pakistan would indeed be strong if it had stayed united; likewise India would have been stronger had partition not happened; indeed Asia would be a power if it had not been fragmented into so many diverse states. But, Excellency, do we always get what we want out of life?” Gowon said not a word.

Bangabandhu had a sure sense of destiny. When a foreign newsman asked him, at the height of the Agartala trial, what he thought his fate would be, his answer was emphatic. “You know,” he told the journalist, “they can’t keep me here for more than six months.” He turned out to be almost right. He was freed seven months into the trial. After he was arrested by the Pakistan army on the night of March 25-26, 1971, an officer asked Tikka Khan over walkie talkie if he wanted the prisoner brought to him. Tikka Khan answered in disdain, “I don’t want to see his face.” Three years later, on February 23, 1974, Tikka Khan, as Pakistan’s army chief, saluted Bangabandhu at Lahore airport when Bangladesh’s founder arrived to attend the Islamic conference. Mujib smiled meaningfully, said “Hello, Tikka,” and moved on.

Bangabandhu was a natural. His conversations were regular sessions in spontaneity. He identified as easily with a peasant or rickshaw-puller as he did with a political leader or academic or visiting statesman. His laughter was loud, came from deep within. His presence filled the room.

The scholar Khan Sarwar Murshid once asked the French philosopher Andre Malraux if he thought Mujib could lead Bangladesh to progress. Malraux said yes, and then qualified his answer: “If you don’t kill him.”

We killed him. And we go on paying the price for that gigantic sin. 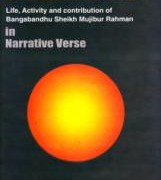 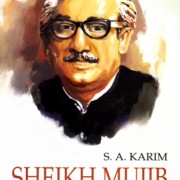