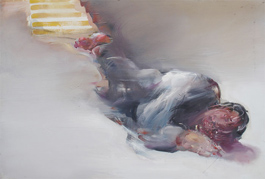 Zia was the key shadow man behind 15 AUGUST, Says Lifschultz Noted journalist Lawrence Lifschultz has said he believes former president Ziaur Rahman was the “key shadow man” behind the August 15, 1975 putsch. “I believe many more details about Ziaur Rahman’s involvement in the August 15th events will emerge in the future. It is my assessment at this point in time that Zia played perhaps the most crucial of all roles,” Lifschultz told BSS in an interview ahead of the National Mourning Day.

Zia had his own reasons for not leading the coup himself but “without his support, I do not believe the coup d’état could have moved forward”, he added.

“Zia was the key shadow man. Had he been against the coup he could have stopped it. Of course, it was his constitutional duty to do so.

“Ziaur Rahman is a very complicated character. We need to understand in much greater depth how he operated in the shadows during these crucial times,” said the US journalist.

He was the Bangladesh correspondent of Far Eastern Economic Review in the early 1970s. The Review later appointed him as its New Delhi-based South Asia correspondent.

Lifschultz documented the tumultuous coups and counter-coups of the 70s in Bangladesh: An Unfinished Revolution. He is also acclaimed for his reports on India-Pak relations and Bosnian issues.

The tale of a troubadour
Scroll to top