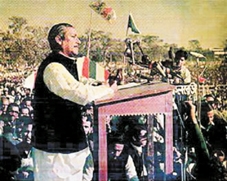 Gen Ziaur Rahman was passively involved in the assassination of Bangabandhu Sheikh Mujibur Rahman, US journalist and writer Lawrence Lifschultz yesterday told the High Court. He said Ziaur Rahman was in the shadow of the whole episode of August 15, 1975 because he was very much one of the main players of the game.