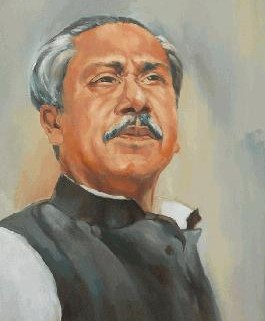 I do remember him, like most of his living acquaintances, who interacted with him in any phase of his not-so-long life of seventy two years. He is Abdul Huq Chowdhury, a humble folk researcher and historian, attired in white lungi and kurta, as far as I recall his figure. He departed twenty two years back, on 16 October 1994, leaving a legacy of his own as a peerless scholar growing out of grassroots outfit on the fertile soil of Chittagong, the gateway of the East that has been harboring the ethos of diverse races and cultures since time immemorial. The seventh descendant of the illustrious poet Koreshi Magan in the middle age, who authored a long verse narrative entitled `Chandravati’, Huq was born on 24 August 1922 to the wedlock of Alhaj Sharfuddin Engineer and Momena Begum Choudhurani in Nowazishpur village under Raojan thana of greater Chittagong. He started and completed his schooling in his birth-village, and subsequently took the profession of teaching there in a primary school at the age of eighteen, following the untimely death of his father. Thereafter he came into close contact with Abdul Karim Sahityavisharad, the pioneering folklorist and collector of medieval manuscripts of Muslim poets in the main, a venture that compelled our literary historians to reconstruct the history of Bengali literature as a whole. Furthermore, Huq was a classmate as well as a close associate of Professor Ahmed Sharif, who contributed enormously in deciphering and interpreting rare puthis or medieval verse manuscripts, collected by his uncle and literary guide Shahit­yavisarad. This interaction proved rewarding in multiple ways to A Huq Chowdhury, who was inspired to dedicate his life to collect and record rare documents and confessions by living tradition bearers roaming around the rural and urban areas of Chittagong and adjacent areas. Though Huq never received college or university education as per prescribed syllabus, he studied and practiced the method of close reading as well as documentation in his humble manner, resulting in a paradigm of his own, characterized by clarity, accuracy and poignancy of thought and wisdom. He was slow and steady all along and waited till the fiftieth year of his life before gathering himself to draft the manuscripts on the history, culture and allied disciplines, mostly relating to his known regions, where he grew up. The first title he published was ‘Chattagramer Itihas Prasanga’ (About the History of Chittagong) in two volumes in the year 1976. And then onwards he wrote and published as many as eleven book-length research works on diverse issues and perspectives. These are Chattagramer Ithas Prasnga (second edition 1980), Chattagramer Samaj Sangskriti (1980), Syleter Itihas Prasanga (1981), Shahar Chattagramer Itikotha (1985), Chattagramer Samaj Sangskritir Ruprekha (1988, Bangla Academy), Chattagram Arakan (1989), Chattagramer Itihas Bishayak Probandha (1992), Prachin Arakan, Rohingya, Hindu O Barua, Budhdha Odhibashi (1994, Bangla Academy) and Bandar Shahar Chattagram (1994, Bangla Academy). Bangla Academy published his last title Probandha Bichitra : Itihas O Sahitya posthumously in 1995. His magnum opus is undoubtedly Chattagramer Samaj Sangskritir Ruprekha (Outline of the Society and Culture of Chittagong), with new findings and insight into the traditional history of the region he belonged to. A veteran freedom fighter, he was arrested by the Pakistani occupation army on 11 August 1971. He was recognized for his contribution by the father of nation Bangabandhu Sheikh Mujibur Rahman and Bangabandhu Sangskriti Sebi Kalyan Trust was generous enough to extend monetary grant for publication of his first book.
Besides, he won a number of awards for his original contribution towards redefining the individual and national identity of the people of Bangladesh, now a nation-state. However, he deserves to be decorated with highest state honor such as Swadhinata Padak or Ekushe Padak posthumously for his invaluable achievements as a self-trained researcher and historian searching roots.

Author / Source : Mohammad Nurul Huda, The author is a leading poet of Bangladesh. 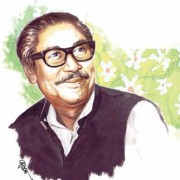 THE STORY OF AN INSPIRATIONAL FIGURE
0 replies