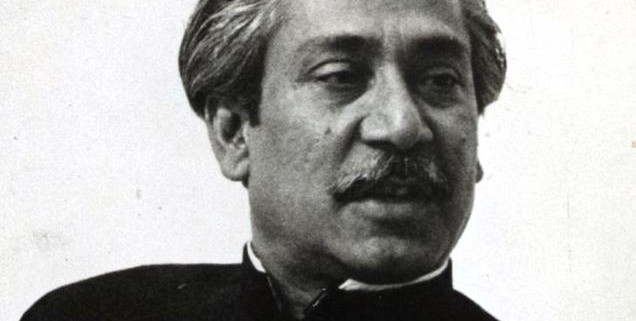 For thirty-four years the nation observed the death anniversary of Father of the Nation Bangabandhu Sheikh Mujibur Rahman with a demand for justice, but it is different this year, as justice has finally been done.

Some historic developments in the judiciary in the past eight months gave this new dimension to observance of the National Mourning Day on the 35th death anniversary of Bangabandhu, today.

“It is impossible to forget the grief of the gruesome killings of August 15, but this time we at least have the consolation that we could ensure justice,” Bangabandhu’s grandson Sheikh Fazle Noor Taposh, who lost his parents in the August 1975 mayhem, told The Daily Star yesterday.

“We must mourn tomorrow [today], but this time we have an achievement, as the nation has been freed from its stigma. We hope that six other condemned killers absconding abroad will also be brought back to complete implementation of the court verdict,” continued Taposh, who was around four years at that time and survived the mayhem.

Prime Minister Sheikh Hasina, daughter of Bangabandhu, in a message on the occasion said, “We have freed the nation from the stigma to some extent through executing the verdict of Bangabandhu killing case.”

The attack at Bangabandhu’s residence on Road-32 in Dhanmondi on this day 35 years ago left 11 people — Bangabandhu, his wife, two daughters-in-law, three sons including 10-year-old Sheikh Russell, a brother and three others — dead.

Bangabandhu’s two daughters Sheikh Hasina and Sheikh Rehana survived the carnage as they were abroad at that time.

Since the assassination, no government took initiative to bring the killers to justice until Sheikh Mujib’s own party Awami League came to power in 1996 under the leadership of his daughter Sheikh Hasina.

In November 1996, Hasina’s first government repealed the black indemnity ordinance of 1975 that barred the trial of the killers. Her second government completed the trial and executed the verdict January this year.

The court gave capital punishment to 12 killers. Of them, five have been hanged, one died abroad earlier while six are still hiding in different countries.

The four were killed only 79 days after the assassination of Bangabandhu, but justice of this brutality is still due.

“Steps have been taken to bring back the remaining convicts of Bangabandhu killing. Measures have also been taken to expedite the trial of the killers of four national leaders,” Hasina said in her message.

Mohitul, plaintiff of the Bangabandhu murder case, is still haunted by the trauma of that fateful night. He told The Daily Star yesterday, “I am happy as the verdict of the case has been executed, though partially. I will be happier when the verdict would be fully executed.”

Mohitul believes that some people other than the condemned killers were also involved in the conspiracy, and they patronised the brutal killings of Bangabandhu.

“The patrons and conspirators of the killings should also be brought to justice. If it is not possible now, the government should expose them in some way,” Mohitul demanded.

Taposh however claims that the nation knows about these patrons and conspirators who tried to hinder the trial of Bangabandhu killing case.

“It is a pity that the surviving family members of Bangabandhu Sheikh Mujibur Rahman and the nation, as a whole, had to wait for about long 34 years to get justice by disposing of the criminal case of the gruesome murder,” the apex court said in the full text of the judgment released in December 2009, a month after it delivered the verdict in the open court.

The judgment said, “To protect and shelter such killers is a great crime, a great sin and sin spares none.”

The motive of the killings was to divert the country from the track of secular spirit, which is evident in the actions of the rulers after the assassination of Bangabandhu.

After the August 15 carnage, illegal military rule was introduced in the country for the first time and Khandker Mushtaque Ahmed, Abu Sadaat Mohammad Sayem and Maj Gen Ziaur Rahman unconstitutionally took over the state power.

They distorted constitution, protected the killers of Bangabandhu and rewarded them.

The Fifth Amendment to the Constitution had legitimised the governments and military rule since the assassination of Bangabandhu on August 15, 1975, to April 9, 1979, which was declared illegal by the apex court in February.

The declaration will remain an example in the history of the judiciary as so many hurdles had to be cleared before justice was done. Among those was the Indemnity Ordinance introduced by Khandker Mushtaque Ahmed and constitutionally legitimised by Ziaur Rahman through the Fifth Amendment.

“We are putting on record our total disapproval of martial law and suspension of the constitution or any part thereof in any form,” said the Supreme Court and continued, “The perpetrators of such illegalities should also be suitably punished and condemned so that in future no adventurist, no usurper, would dare to defy the people, their constitution, their government, established by them with their consent.”

These significant verdicts of the apex court in the last eight months not only paved the way for bringing the country back on track, but also gave a significant dimension to observance of the National Mourning Day, a national holiday restored by the High Court in a verdict in 2008.

Taposh, a ruling party lawmaker, said, “Two decisions of the Supreme Court [one on Bangabandhu murder and the other on the Fifth Amendment] supplement each other and these will help build the country as martyrs and freedom fighters dreamt of.